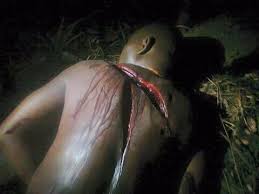 Share this on WhatsApp
COMMUNIQUÉ OF THE EMERGENCY MEETING OF SUPREME COUNCIL OF ELDERS OF INDIGENOUS PEOPLE OF BIAFRA (SCEIPOB) ON FULANI ‘HERDSMEN’ INVASION OF BIAFRALAND
Owerri, 1st May, 2016
BACKGROUND
“Did you know that eastern Nigeria had a very big cattle industry till the civil war wiped it out?” http://www.gbam.tv/business/decline-eastern-nigerian-muturu-cattle-breed-industry-duruebube. This was a question posed at a workshop on the crisis of the Igbo traditional cow industry. Eastern Nigeria is the traditional cattle-breeding heartland of Forest West Africa, with a domesticated ‘stay-at-home’ cattle; which like humans bears only singletons. It is called Ehi.
“Also speaking at the workshop, the Director, Animal Production and Husbandry Services in the Federal Ministry of Agriculture and Rural Development, Dr. Ademola Raji said, “I would like to reiterate that the federal government is very determined and fully committed to ensure that the nation is self-sufficient in food production in general and beef meat from muturu cattle breed in particular.” Muturu is what they call the Igbo cow as Fulani cow is the Zebu. Today the Igbo cow would still fetch more than twice the price of the physically bigger Fulani cow, which Igbo ancestors never ate and would never accept as Ehi during cultural events.
Ademola Raji’s statement shows that Nigeria’s officialdom are aware of the crisis of the Eastern Nigerian indigenous cattle industry, as other industries, destroyed by the Nigeria-Biafra war. But like the 3Rs, it’s all cynical expression of intentions at rehabilitation, to which no intended action is attached. Food for thought!

On 25th April, 2016, a predicated Fulani expeditionary force from Nassarawa State, Central Nigeria, invaded the indigenous Igbo Community of Nimbo in Enugu State. These invaders, as they are wont, carriedout massacres of the inhabitants of this territory, including women and children. This event is of supreme historical importance. It is the very first time in living memory that an alien ethnic army has invaded Igboland and Eastern Nigeria.
Facts in the public domain indicate that both the Government and security services of Nigeria were forewarned of the impending invasion and carnage. But, as is common with failed or failing States, these institutions and their high officials failed to protect the Nimbo Igbo people from the forewarned pogrom.
When a few years ago expansionist Fulani forces launched a coordinated attack to expel the indigenous Tiv of Taraba, Plateau and Nassarawa States of Nigeria from their homelands; and confine them to Benue State, we took note that our homeland is on the direct trajectory of this military movement. Now that the Fulani have invaded Igboland from Nassarawa State territories they seized in that operation, our worst fear has been confirmed.

OBSERVATIONS AND DECISIONS
Based on the facts above, we; Supreme Council of Elders of Indigenous People of Biafra (SCEIPOB), who are currently in Court with the Federal Government of Nigeria, to assert our constitutionally guaranteed Right to Self-determination:
i.             Condemn the ongoing, unprovoked, aggression against the indigenous peoples of Nigeria by Fulani invaders, employing sophisticated military weapons and weaponized-cows pretext.
ii.           Condemn Fulani pogroms/genocide against the indigenous peoples of Nigeria and the forceful seizure of their ancestral lands for Fulani colonization, using cattle grazing as pretext.
iii.              Condemn the manifest indifference, connivance or acquiescence of Nigerian State institutions and high officials to the ongoing Fulani aggression and carnage against indigenous peoples of Nigeria.
iv.        Declare our opposition to the ongoing war by Fulani to conquer and occupy the ancestral homelands of our indigenous neighbours in Central Nigeria… Idoma, Tiv, Igala, …etc., with an eye on our land-hungry, but well-watered homeland, as the ultimate prize for the realization of the Dan Fodio dream of Fulani hegemony over all of West Africa. As the earlier occupation of Nassarawa has bloodily illustrated, we are unsafe from their occupation of these territories.
v.           Draw attention to the Igbo tradition that forbids the free-ranging of ruminants; such as cow.  These are classified as Obuaku…. tethered wealth. This customary law came about because civilization; which by definition is about settled life, is antithetical to free-ranging nomadism. The attempt to impose nomadism all over Nigeria through National Grazing Reserve Law is tantamount to war against civilization and should be opposed. Our people cannot afford to become de-civilized. The customary law that permits the victim of ruminant trespass to seize the animal should be enforced on all in our communities. Failure to redeem the animal within the specific period results to forfeiture for adequate compensation to the victim. Our own customary law must apply in our communities.
vi.        To regard human life as less than cow-life is, by our culture, an abomination … Aru. Cows raised on that principle are abominable cows, which people eat to their own defilement. Moreover, Fulani cows are weaponized instruments of territorial conquest. We urge our people to stay away from; boycott, blood-cows to avoid ritually eating the blood of murdered kinsmen and defiling ourselves. Our people should note that even though we are not traditionally total vegetarians, we got  significant portion of our protein from vegetable sources, which doctors now tell us is very healthful. Our great Uha vegetable for soup is 26% superior quality protein than meat, for instance.  We should go back to our healthful traditional diet and avoid toxic cow meat.
vii.            Observe that the first policy intervention in the cattle industry by the indigenous Government of Eastern Nigeria was the creation of the Obudu Cattle Ranch. Because of land availability and cultural differences, Eastern Nigeria; under Michael Okpara created cattle ranch, when Northern Nigeria; under Ahmadu Bello created grazing reserves. The conditions that led to these alternative policies; when thinkers were involved in Government in Nigeria, has not changed but intensified with time. The term federation allowed these alternative policies, in a then true federation.

viii.   Demand that any national cow production policy in Nigeria should start from the rehabilitation of the war destroyed Eastern Nigerian cattle industry as Ademola Raji had promised on behalf of the Federal Government of Nigeria. Our type of ‘settled-cow’; civilized Ehi, should be adopted by the Fulani to allow them settle down in their own homeland.
ix.        The Nimbo people knew armed enemies were at their gates, yet were unable to defend themselves. Instead they waited, forlornly, for the protection of a State that is unable or unwilling to protect them. The lesson of hapless Nimbo is the lesson of Bosnia that suffered genocide in failed Yugoslavia.  Those in a failing or failed State who are unable to defend themselves should expect genocide, pogrom or enslavement. The Igbo nation and indigenous peoples of Nigeria must learn this lesson and live by it.
x.           Only a tree fails to react when foretold of its own cut-down. Self-defense is a normal reaction of the living. Invasions have consequences. Our people and communities should defend themselves from invaders and drive them as far away as possible for our long term safety and survival.
Finally, as the elders say “The patient is bound to die whose doctor and poisoner are one!” The present situation in Nigeria in which those who traditionally seek to oppress others control the instruments for the protection of all is unhealthy. Nigeria must become, urgently, reordered.  Particularly all indigenous peoples of Nigeria must be accorded their internationally recognized rights to self-determination. This will allow them to enter into viable Nation-State associations that will protect their lives, land and culture, while realizing the synergy inherent in larger politico-economic entities, which some people advocate. Ignorant people confuse the right to self-determination with automatic secession, without factoring in the well-being of people into their thinking. It must be stated here; for the records that the Igbo people of Eastern Nigeria; at home and in the Diaspora, created the very idea of pan-Africanism and are its chief proponents. Those who are pretending to be ‘national unifiers’ within the current Nigerian anti-African Berlin State neither love Nigeria nor Africa, but themselves and their foreign masters. We seek a unified Africa; and large African States in freedom and justice for all, including for ourselves.
Signed: