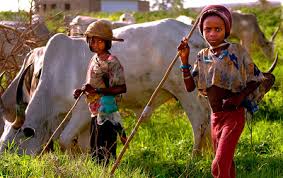 RE: UNPROVOKED MASSACRE OF OUR PEOPLE AT NIMBO, UZOWANI LGA, ENUGU STATE BY FULANI HERDSMEN , ON MONDAY, THE 25TH DAY OF APRIL, 2016, OUR 34 POSITIONS:

1. We have viewed with grave concern, the reckless and callous attitude of the Fulani herdsmen, who had the effrontery to bring down their violence to our peaceful south-eastern states of Nigeria, by recently attacking our defenseless kiths and kin at Nimbo Community, Uzouwani, LGA, Enugu State, MASSACRED AND DISMEMBERED a lot of them, without any respect or value for human life.

2. These itinerant herdsmen have indeed drawn a line on the sand, and their actions and audacity will no longer be discountenanced. We must take steps to reduce the chances of re-occurrence of this kind of evil, again.

3. Surely, we will not do anything illegitimate to express our displeasure in the killings of our people in our own land, by these itinerant Fulani herdsmen.

“FULANI BEEF COSTS HUMAN LIVES. FULANI BEEF IS THE HUMAN FLESH OF THE SLAUGHTERED FARMERS OF AGATU, ENUGU, PLATEAU, TARABA AND OTHER PLACES. I REFUSE TO EAT HUMAN FLESH, HOW ABOUT YOU?”
4. Our people were killed for Cows; and Cows we shall detest!

5. We must express our disgust, in the modus operandi of the Security apparatus of this country. Security of lives and properties, have long been thrown into the winds, and people are dying like flies that encountered pesticide, and properties are being lost on daily basis from insecurity. Each time there is a heinous crime in this country, the security hierarchy will tell us that they will investigate and get to the root of the matter, and will bring the perpetrators to book, BUT no feedback of such investigations are ever heard again ad infinitum, examples abound. Till now we are still waiting to get report or feedback about the mystery multitude of corpses deposited at Ezu River, Amansea, Ugwuoba Enugu State few years ago.

6. Our confidence greatly dwindles, as we believe, from experience, that the circumstances surrounding this current MASSACRE of our people at Nimbo Uzouwani; has, from the date of the incident, commenced its journey to being swept under the carpet. The Security network of the country should be accountable, up and doing, so as to restore our confidence.

7. No reasonable person should try to politicize this issue of this ‘Nimbo Massacre’, by trying to make caricature of identity of the perpetrators of this heinous crime, which is well known to our people, to be the Fulani herdsmen.

8. The pains of the killings of our brothers and sisters at Nimbo, in this millennium, in the manner the herdsmen did it recently, will NEVER go, unless strategic sanctions follow. We can NEVER mourn our brothers with continuous patronage to the blood-suckers, and vandals who brazenly trespass our backyards and farmlands in the name of feeding their cows. They feed their cows with our farm produce, impoverishing our people with failed agricultural yields; and finally they sell their Cows to us, and also sell their Farm produce, from their own undisturbed farmlands to us. Yet, no appreciation whatsoever is accorded to our cooperation, rather they killed and massacred our people (their major customers).

9. We are not at war with the herdsmen, yet they treated us like this in our own country, and in our own land!

10. The intensity, frequency and ferocity of clashes between herdsmen and rural farmers especially in the North-Central and Southern Nigeria constitute a clear and present danger to our national cohesion. The number of deaths, burnt houses, rapes, and murder of citizenry are too gruesome to be acceptable to any government.

11. The present situation and development of killings of our people at Nimbo, is unacceptable, and an affront to the peaceful communities trying to irk out a living from subsistence farming in their own home.

12. Ohanaeze Ndi Igbo also maintains that cattle rearing is a private business like every other business. It is therefore an absurdity, an infringement and abuse of citizens’ right for any legislator or Federal Government to think of acquiring other peoples’ land, for other peoples’ business, as suggested by the Grazing Reserve Bill 2016 being discussed by the National Assembly. We therefore totally dissociate ourselves from that. Such idea is unjust, unconstitutional, discriminatory and unfair. 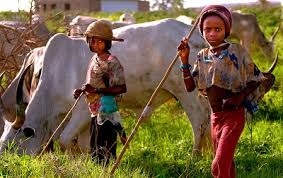 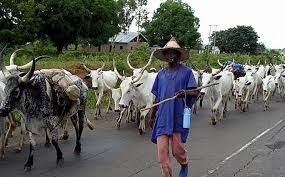 13. It also baffles us that the herdsmen are allowed to bear prohibited sophisticated firearms, and are NEVER arrested, while for other Nigerians it is against the law. Suffice it to say that justice demand that everybody should be given equal privilege in that regards; or they should be checked and disarmed as a matter of urgency, and publicly prosecuted accordingly. Concerned Imeobi Members of Ohanaeze Ndi Igbo, Worldwide therefore maintains as follows:

14. It is high-time our people are encouraged to defend themselves, “first”, before placing reliance on any other person; and should articulate themselves to wade-off any invader in future.

15. Our people should learn and imbibe the culture of being ready to defend themselves legitimately at all times, and at all levels; at least to offer reasonable defence, in event of any impromptu attack, as we the Igbos are vulnerable and are grossly endangered.

16. That the National Executive Council of Ohanaeze Ndi Igbo MUST set up as a matter of urgency, a ‘Security & Strategic endurance Committee’, and a ‘Central coordinating Security sub-Committee on Town Unions, Vigilante groups and Neighborhood watchers’.

17. That we cannot mourn our kiths and kin, and the hostility against us in our own land by the continuous patronage of our assailants; hence ALL FAMILIES IN IGBO LAND SHOULD DE-LIST BEEF FROM THEIR MENU. There should be an outright indefinite suspension on the consumption of cow meat by any Igboman in Nigeria, even Cow SUYA. This should be one of the ways, we can mourn and remember our people that were massacred because of ‘common Fulani Cows’. In alternative, our people can go for the consumption of Igbo Specie of Cows, Goat, sheep, fowls etc.

18. There SHALL be no more use of Fulani Cows for any Ceremony like Burials, Funerals, Weddings, Marriages, Thanksgivings, Celebrations etc, in Igbo land.

19. Our youths should start as a matter of urgency to commence breeding ‘Igbo Cows’ for it to be used in place of Fulani cows in our ceremonies etc. Our Philanthropist should fund this project for the youths in their various domains.

20. Honour and respect should be accorded more to any man or family who uses ‘Igbo cows’ for his ceremonies, as he or she is the true mourner, of our dead brothers at Nimbo Uzouwani; and also the person with the best interest of Ndi Igbo at heart. 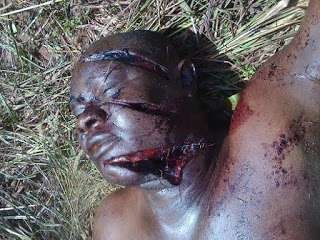 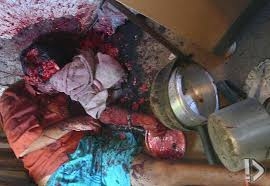 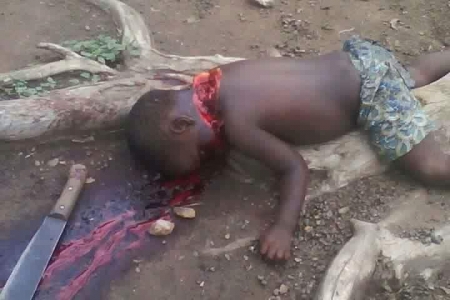 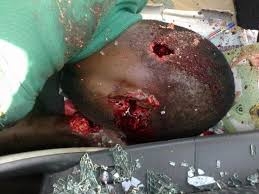 21. That our people who deal on these Fulani Cows should as true mourners of our dead brothers and sister, takes the needed steps to diversify their trade and de-emphasis Fulani Cow meat.

22. Our people who are hoteliers, should quietly de-list beef from their menu (Except if it is Igbo Specie of Cow), in our collective interest.

23. Ohanaeze Ndi igbo will need the cooperation of every Igbo family on the face of earth to achieve our goal; of eradicating blood thirsty vagabonds around us, who have no value for human life; especially by complying with the above stipulations.

24. Town Unions, Village and kindred formations, Neighborhood Watch groups and Vigilante groups are to discreetly sanction and surcharge anyone of us who purchases or slaughters Fulani cow in his domain for any ceremony within the South- East. Such persons should be considered Saboteurs of our collective interest as Ndi Igbo, should be handled as a Traitor , by their own kinsmen, according to their individual local traditions and culture. Any sanction should be done without infringing on any dissident’s right, but in line with the tradition and customs of the concerned locality.

25. He, who kills his customers, will no longer expect patronage; as he has killed his market! The Fulani herdsmen have overstepped their bounds in the South Eastern Nigeria, and they have killed their market with us; hence should find elsewhere.

26. All Igbo formations anywhere in the World, should rise up to condemn this attack on our peaceful home, and demand arrest and public prosecution of the perpetrators of this heinous crime against us. No Igboman or Woman, or group should shut up; Voice out!, Killings are taboo and abomination in our own land! It will NEVER be treated with kid glove!

27. That this massacre, is the first major massacre against the Igbo man in his own land since after the civil war ended in 1970. Hence 25th April, 2016 should be remembered by our people, as a mark of further aggression on our peaceful domain.

28. A day will be set aside for the mourning of our lost kith and kin who were slaughtered and massacred by the Fulani herds men, in our own land. On such day, all markets, shops, and private trades and corporate offices of any Igboman will shut down in solidarity. Professional groups like NBA in the South East, will be expected to join in solidarity, except those on essential services like NMA. And no Igbo man (except civil Servants) will visit any government office (except Hospitals) in Nigeria for any transaction, on the said date.

29. The State Houses of Assembly in all South Eastern states should as a matter of urgency pass a bill that will forbid any one from parading cattle across our farmlands, without being restrained, and without obtaining state issued license, and Local Government permits.

30. That the Fulani herdsmen should as a matter of urgency vacate our backyards and farmlands as their security is no longer guaranteed, because of their crime against us, and because of the prevailing distrust. Every person, village and groups should join hands and legitimately treat them like trespassers. They are violent trespassers, which ought not to be condoned; and they are also nuisance that ought to be abated.

31. Communities, businessmen and well meaning Igbo philanthropists should help equip and motivate the vigilante groups and neighborhood watches, in the South East.

32. We warn our people against any unwholesome attitude, of betraying our collective interest, especially those who might be gullible to the extent of receiving gratifications and conniving with the Fulani herdsmen for economic gains, to perpetually seed out the land of their people. Serious complaints have so far been received about the President General and Traditional Ruler of Igboariam in Anambra East LGA, Anambra State; and we expect them to watch their steps.

33. We know that some insensitive Igbo People, will try to make caricature of these sanctions, and flout it; but do not join them, for they shall, at the fullness of time, return to folk like the prodigal son.

34. Let Ndi Igbo start with the above position, and see to which extent it can carry us. Enough is Enough! God bless Ohanaeze Ndi Igbo! God bless the Igbo man !

“FULANI BEEF COSTS HUMAN LIVES. FULANI BEEF IS THE HUMAN FLESH OF THE SLAUGHTERED FARMERS OF AGATU, ENUGU, PLATEAU, TARABA AND OTHER PLACES. I REFUSE TO EAT HUMAN FLESH, HOW ABOUT YOU?“ 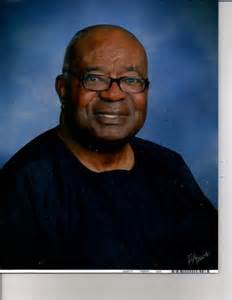